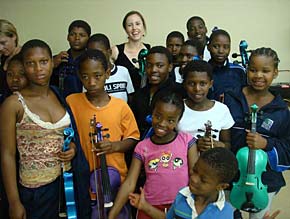 Thursday 29 November, the children of Makaputu, William Clark, Edith Benson and Lakehaven Homes (total of approx 55) joined together for their first ever “almost full size orchestra” performance. This was held at William Clark Home with a small audience formed by some of our patrons and sponsors. The event was full of joy, good sounds, not so good sounds… and happy moments. Some children even stood up to take solos! Well done to all of you! 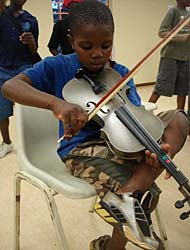 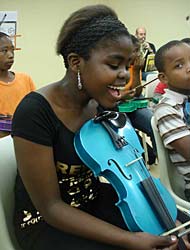 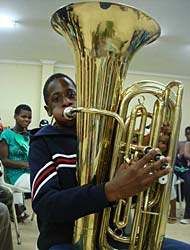 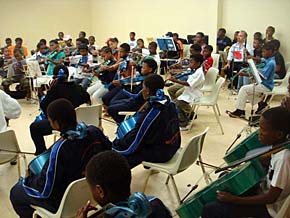 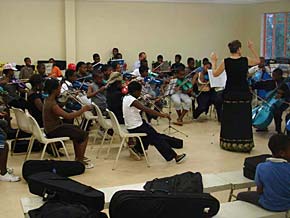 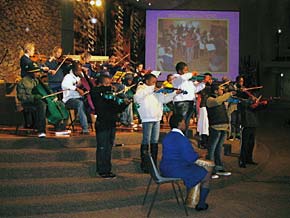 Children from the Makaputu Childrens Home played in public for the first time, appearing with the St Mary’s School string ensemble at the St Mary’s Ensemble Showcase evening on the 22 June 2007 and again at an Arts Festival hosted by the Hillcrest Christian Academy on 27 June 2007. At both events they played a South African traditional song entitled "Kwela."

The children have been invited to perform on 12 October at the KZN Youth Orchestra's Gala Concert, again to be held at St Marys. 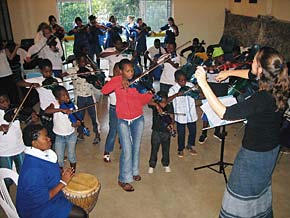 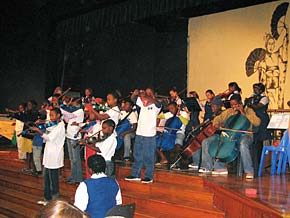 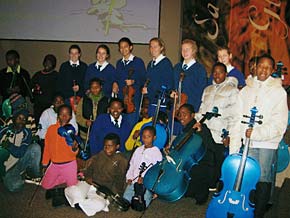 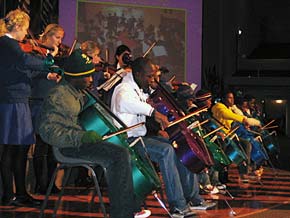 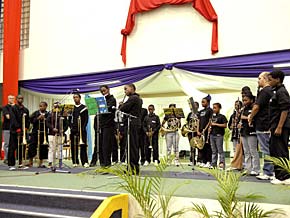 Approximately 30 children from William Clark Home performed for a crowd of 1000 International Delegates attending the NACCW (National Association of Child Care Workers) annual conference at the Durban Technikon. This was the first ever “official” appearance of the children in public! 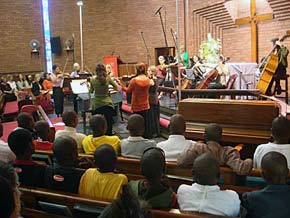 A happy delegation of Makaputu Children’s Home from Bothas Hill was invited to a concert of Baroque 2000 at St Olav Church.
These children are young and aspiring violin, viola and cello students within our Musical Education programme. They all enjoyed the concert and we all are looking forward to see them back soon! 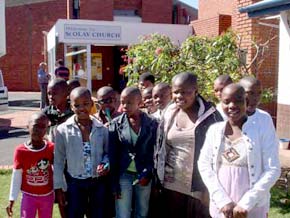 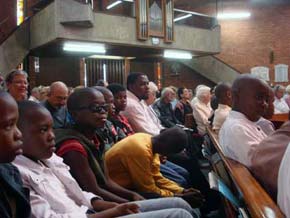 At William Clark, approximately 35 children are studying theory, flute, clarinet, trumpet, horn, trombone and tuba. 15 children are learning theory and violin at Edith Benson and 50 are learning violin, viola, cello and soon double bass at Makaputu. This represents a total of 100 children from ages of 5 to 12 who are now developing through music new horizons in their life. At this stage the teaching is provided mainly to small groups of children at the time. 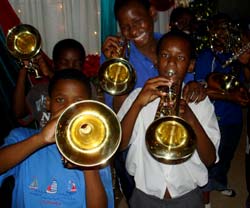 A Christmas Carols ceremony was organised at which some of the more advanced children performed for the first time in their life as an ensemble: the cheering of the crowd was a true recognition of their great achievement. We presently have enough funds to support the teaching hours dispensed in these 3 centres. However, this money will now run out half way into 2007. We also would like to open the 7 other shelters that have enrolled themselves in the project. To this effect we will need the personal commitment of another 120 private individual supporters so to secure the monthly payroll of the professional specialist music teachers involved in the project. One child’s musical education over one year is of a cost of R 1000 (USD 140, € 105, £ 72 at May 2007’ exchange rate).

An official cheque-handover ceremony was organised by BHP Billiton (the donors of R 250000 for the purchase of all instruments – a total of close to 200 instruments) at William Clark where officials from Ethekweni Municipality, Arts, Culture and Tourism attended as well as members of the public and various private donors. Formal commitments have been made by these Government authorities in support of the project. We are now in the process of negotiations with them so to establish at which levels this worthy cause can be supported. Some children were already able to stand at that occasion and perform a few tunes for their captive audience.

Please check this website at regular intervals so to be informed of the latest developments. Please forward this page to friends and relatives!
Thank you for your support and interest.
Michel Schneuwly 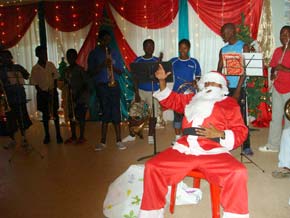 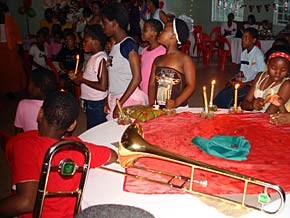 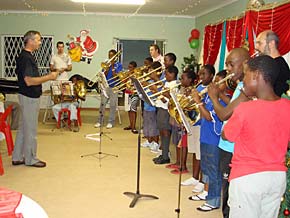 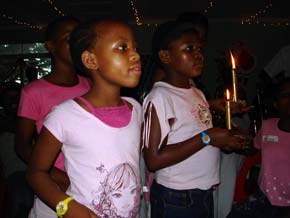 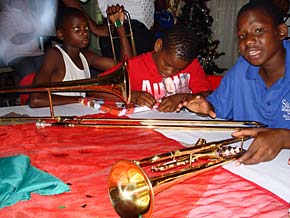 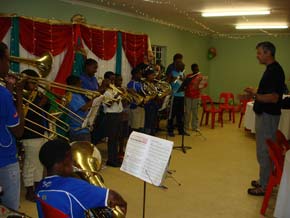 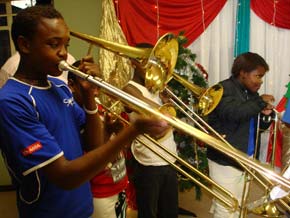 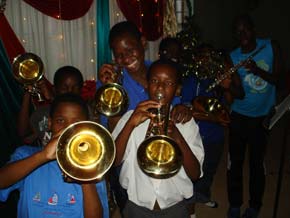